Getting into Shape: Geometry in the Early Years

Geometric ideas are essential mathematical and educational building blocks of early mathematics—complementing and enhancing number.  Our learning trajectories approach is developmentally appropriate, effective, and joyous as it supports children’s natural ways of thinking. Our LTs’ instruction incorporates both old and new technologies, from blocks and puzzles to digital activities. Based on 20 years of research, the Learning and Teaching with Learning Trajectories (LTLT or [LT]2) tool is a resource for providers of PD and teachers to promote high-quality, equitable math education with 7 of the 20 topics on geometry (and many other involving spatial thinking). All educators can delve into understanding children’s thinking and learn why specific activities develop that thinking. 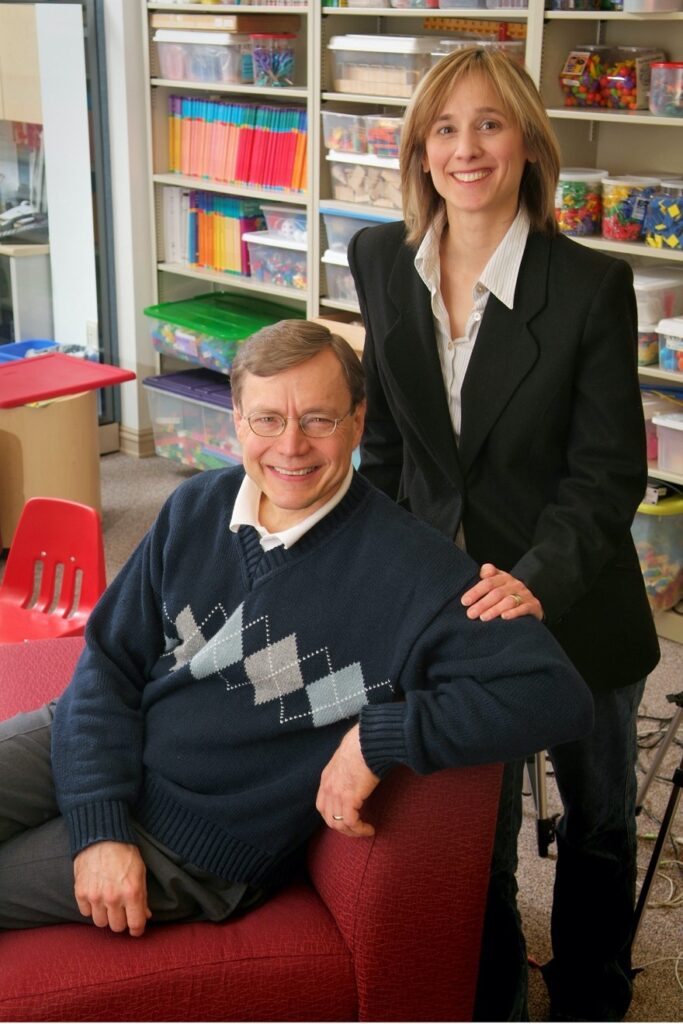 Dr. Julie Sarama is the Kennedy Endowed Chair in Innovative Learning Technologies and Distinguished University Professor and Douglas H. Clements is the Kennedy Endowed Chair in Early Childhood Learning and Distinguished University Professor at the University of Denver’s Morgridge College of Education. Julie and Doug are also co-Executive Director of the Marsico Institute for Early Learning. Between them, they have published over over 166 refereed research studies, 27 books, 100 chapters, and 300 additional works.   Between them, Julie and Doug have directed over 36 National Science Foundation (NSF), U.S. Dept. of Education’s Institute of Education Sciences (IES), and -funded projects. They have developed research-based mathematics curricula and prize-winning software.

One or both have served on President Bush’s National Math Advisory Panel, the National Research Council’s Committee on Early Mathematics, the Common Core State Standards committee of the National Governor’s Association (NGA) and the Council of Chief State School Officers, and the NGA’s policy documents on early mathematics.

In addition to being grounded in the schools for most of their funded projects, Julie and Doug have extensive backgrounds as teachers. Julie taught secondary mathematics and computer science, gifted math at the middle school level, preschool and kindergarten mathematics enrichment classes, and mathematics methods and content courses for elementary to secondary teachers.  Doug was a kindergarten teacher for five years and preschool teacher for one year.